Did you know people with disabilities make up 15% of the population?  Neither did I, years ago when I first had the idea for the Sitting Beauty Diaries, I wondered when a change would come for the disabled community, when society would wake up and realize that people with disabilities are so much more than this limited definition brush that they were painting us with before? Would it be before this, or after that? It’s hard to pinpoint one moment of change, or think one has really taken place with all that still needs to be done and the challenges that we face due to society misconceptions. However, I’m inclined to believe that change is coming, particularly with the launch of the We The 15 movement, one aimed at “…ending discrimination towards persons with disabilities and act as a global movement publicly campaigning for disability visibility, accessibility, and inclusion.” How? Well, you’ll see. Today I’m sharing one wheelchair girl’s perspective on the “we the 15” movement.

The We The 15 movement was created by the International Paralympic Committee in partnership with several other businesses, it’s purpose, well that’s simple or really said than done, is to end discrimination against people with disabilities in a variety of aspects of daily living and sports.

According to an article on their website, “IPC President Andrew Parsons said: ‘WeThe15 aspires to be the biggest ever human rights movement for persons with disabilities and aims to put disability right at the heart of the inclusion agenda, alongside ethnicity, gender, and sexual orientation. By uniting several leading international organisations and the world’s 1.2 billion persons with disabilities behind one common movement, we will make a tangible and well overdue difference for the planet’s largest marginalised group.’ ”

The movement doesn’t have many details or updates yet since its inception was not long ago, nonetheless there are pages of ways to get involved as an individual, organization, or media. The brand goes so far as to include downloadable documents including education information, so you can start spreading the word about this movement confident in the fact that you’re sharing up-to-date knowledge since you got it right from the source.

Interested in learning more, check out the website for the Wethe15 movement, by clicking the link below.
Wethe15movement.

A Wheelchair Girl’s Perspective: My Thoughts On The #WeThe15 Movement And What It Could Mean For The Disability Community

I used to wonder what the catalyst for change was for people to view those of us with disabilities differently. Would it be because of an event, a group, a fashion line, voices continuously speaking out, or all of the above? Now it’s hard, at least for me to pinpoint one moment in time. In the past few years, fashion lines with accessibility in mind have emerged, people are more inclined to listen when we speak and the Paralympics which start this coming week is going to have hundreds of hours of coverage for the first time All these aspects have contributed, but I’m excited about The We The 15 Movement because the approach is new.

There are few things that can unite people, a common experience, sports, or music just to name a few. I’m thrilled that the movement is taking this approach and launching during the games so that people can see that those of us living with disabilities are capable of more than they think. I’m hoping that the increased coverage of the Paralympics will be a conversation starter or at least an eye-opener.

Did you know that:

These are just a few of the facts that you can find on the #WeThe15 website.

I love the concept of this movement as well as the way in which it makes it easier for people to educate themselves. The mission, goal, and how people can get involved to help them reach that goal is clear. From aspects such as educational graphics illustrating the truth of how difficult living with a disability is, sharing daunting facts, such as struggles with finances, mobility aids, or other aspects, to gifs and website banners, it’s easy to educate yourself and others to show your support for this movement. #Wethe15 makes it clear getting involved can be as simple as starting a dialogue with friends and family, it doesn’t have to be this elaborate thing and each person you talk to is one more person who will be educated on what people with disabilities are capable of, or at least having conversations about it.

Being different is not a bad thing and being disabled or any connotation is not a bad word, yet sometimes it seems that way. In my preteen years, I remember looking at magazines for fashion tips and taking the quizzes for fun, but in all that time, I never saw women that looked like me. For most of the decade, the message of self-love, loving the skin you’re in, but still no people with disabilities for the most part of it. It wasn’t until fashion lines that considered accessibility and subsequent actions, i.e. more accessible fashion lines, a line of barbie dolls with disabilities to name a new, did I start seeing a change. However, there is still so much to be done because as much as the aforementioned has had an impact, the conversation has just truly started in my opinion. For the most part, there is still this notion that people with disabilities are these people that aren’t capable of much and are inspirational for doing everyday things, cue the #wethe15 commercial here

I hope this movement and unique approach in addition to the changes that have happened involving businesses when it comes to disability is the start of real differences in the way that people with disabilities are treated. The thing is, that might just be the point, after all, that is no one single moment or movement that will get things to change if there is it hasn’t happened yet, rather a culmination of different industries, advocates, and allies alike speaking about the same thing for the same goal, an end to lack of access in a multitude of aspects of daily life for people with disabilities.

It’s easy to say that we the15 is just another in a long line of movements bringing awareness to an issue, but the thing that makes this different at least in my eyes is that it’s a global movement with over a dozen partners on something that has been talked about for a while, people are speaking up because those in the disability community want to change, they need change and this movement and other actions taken by society are all after the same thing, a more inclusive world.

Will the movement accomplish its mission by 2030? I hope so, it could be naive wishful thinking or maybe it’s just hoping for a better world, a better tomorrow so that one day, worries about accessibility in various components of daily living is a thing of the past. What do you think of the Wethe15 movement? Let me know with a comment below

A Wheelchair Girl’s Perspective Vol. 13: Disability And Representation In Media 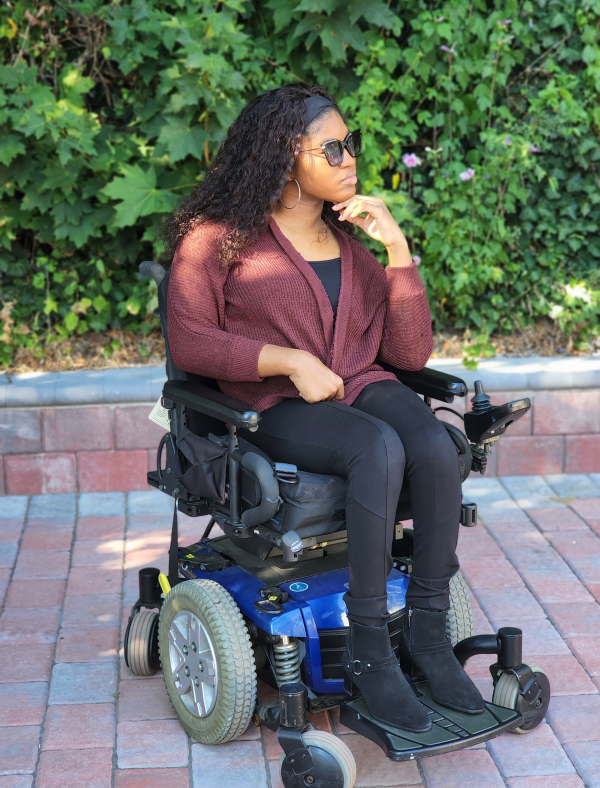 A Wheelchair Girl’s Perspective Vol. 12: Disability and The Workplace: The Need For Change  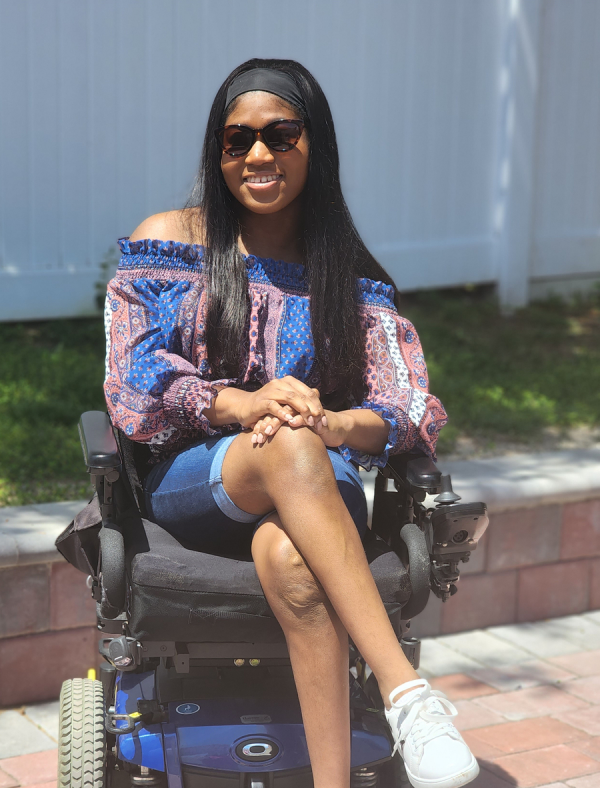 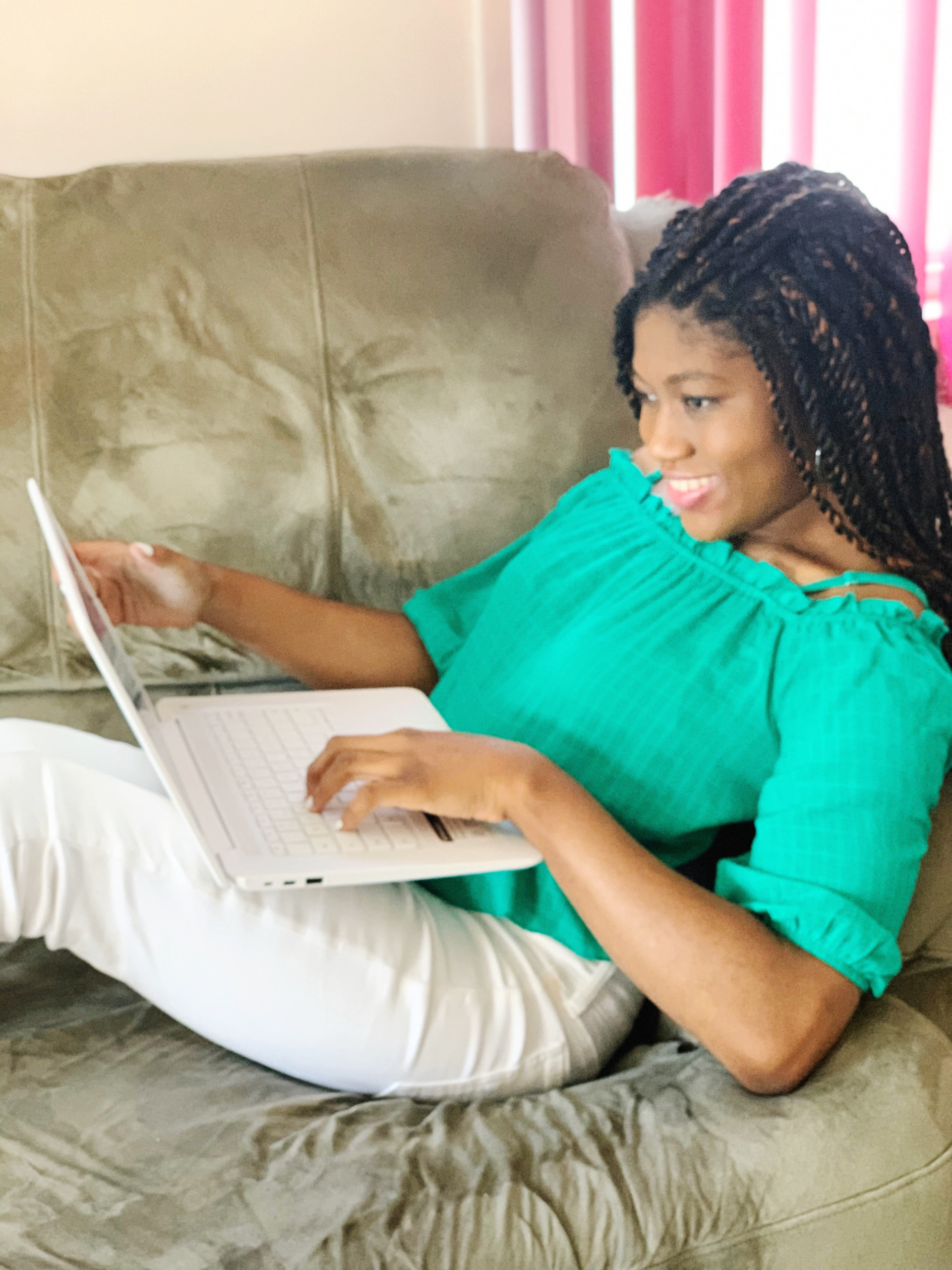 How To Stay Productive When You’re Feeling Uninspired

I'm dedicated to inspiring you to have fun with fashion your way while living a fun filled life with your disability, reminding you that just because you have a disability, doesn't mean that that's all there is to your story.

I am not writing this blog in any professional capacity. I am just sharing some of my experiences, the content on this blog is for informational and entertainment purposes only. See Blog Disclaimer & Policies

Do Not Sell My Personal Information